Who is Matthias Schoenaerts?

The Belgian actor Matthias Schoenarts is a graffiti artist as well as a film producer. He entered the entertainment industry when he was just thirteen; he played in Daens, a 1992 movie which received a nomination for Academy Award for Best Foreign Language Film. The world recognizes him for his role in Loft (2008) and other film roles which includes Jack Vanmersenille in Bullhead (2011) which nominated for Oscar. He was in Rust and Bone (2012), a Golden Globe nominee along with BAFTA.

Schoenaerts secured the Cesar Award for the Most Promising Actor for this movie. Other notable roles he played are Uncle Vanya in a 2018 movie, Red Sparrow, Gabriel Oak in one of his 2015 film, Far From The Madding Crowd and more.

Schoenaerts attained critical acclaim for his role as an ex-soldier in a 2015 film, Disorder; people loved his portrayal of PTSD problems. In 2015, he received the distinction of the Knight of the Order of Arts and Letters at France given his invaluable contribution to this field.

The Sagittarius baby, Matthias was born in a city named Antwerp in Belgium. His father, Julien Schoenaerts, worked as an actor. Dominique Wiche, a French teacher, costumer designer and translator, was his mother. Schoenaerts has an elder brother named Bruno Schoenaerts; he is a lawyer. They come from the Walloon descent as Matthias’s grandmother descended from Liege, Wallonia. He grew up in Brussels alongside his maternal grandparents.

Schoenarts is bilingual since he was a kid; he knows French, Dutch and English languages. While he grew up speaking French and Dutch, he picked English from American movies.

When he was nine, Matthias made an appearance in Antoine de Saint-Exupery’s The Little Prince with his father. His father directed the stage production and his mother designed the costumes.

Schoenaerts began doing Graffiti since his teenage years. He used the pseudonym called Zenith. He went to New York and collaborated with TATS CRU, a Bronx group. You can find YouTube videos of him doing Graffiti.

Schoenarts almost went for soccer and gave it up at sixteen. Beerschot AC had him on their books.

Matthias Schoenaerts made a significant contribution to the entertainment industry over the years, and his efforts are still consistent. We provide you with a breakdown of his career work in Belgium and outside as follows:

Matthias Schoenaerts began his career by appearing in a small role in a Belgian movie namely Daens. The movie had a nomination for the Academy Award For Best Foreign Language Film.

The European Film Promotion mentioned him as one of Europe’s Shooting Stars in 2003.

After his study was over at the Academy of Dramatic Arts, he appeared in many short movies and features. He starred in Meisje (Girl) by Dorothee Van Den Berghe in 2002. He was in a sci-fi movie, namely A Message From Outer Space; he produced it in 2004. Other films include Any Way The Wind Blows by Tom Barman and Elektra by Rudolf Mestdagh.

In 2006, he starred as Dennis in Dennis Van Rita by Hilde Van Mieghem. He made a brief appearance in Black Book by Paul Verhoeven.

Later in 2007, Matthias got a role in De Muze by Ven Van Lieshout. And he was in a film Nadine by Erik Bruyn.

In 2008, Schoenaerts played the role of the character Bob in a horror movie named Left Bank. Schoenaerts notable role was in Loft by Erik Van Looy as Filip. The film earned more than USD 7 million. Matthias worked in The Emperor of Taste, a miniseries as a Belgian soldier at WWII.

The movies he played in 2009 include My Queen Karo and 1970’s Amsterdam as hippie Raven. Schoenaerts got a cameo in La Meute by Franck Richard and was a lead character in Pulsar, a techno-thriller by Alex Stockman.

The Dutch films he did include The President and The Gang of Oss in 2011. 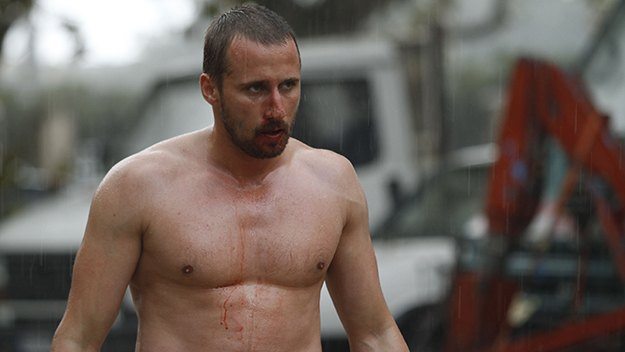 After Matthias played in the Oscar-nominated movie Bullhead, Matthias received critical acclaim for the portrayal of his character; in 2012 he bagged the best actor award at Palms Spring International Film Festival. Magritte award for best actor was his too.

He played the lead role in Rust and Bone which was a hit; the box offices were full. He even won the Cesar Award for the Most Promising Actor for that movie.

Matthias Schoenaerts was the producer for Death of a Shadow, a short Belgian movie. He acted too. The New York Times mentioned him to be a versatile and good looking actor in 2012.

He even did the narration for the Disneynature documentary called Chimpanzee- the Belgian Dutch version. 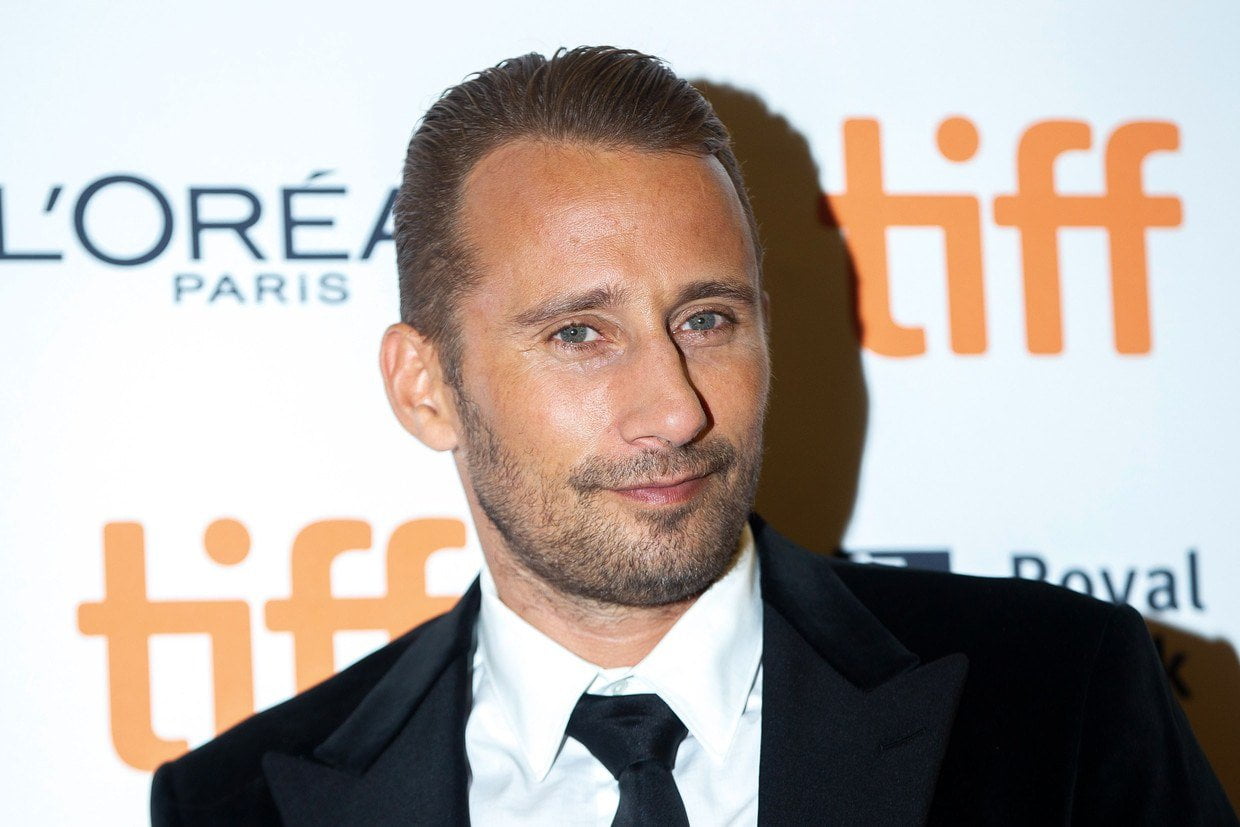 Schoenaerts played Anthony Scarfo in a thriller Blood Ties in 2014. It premiered in Cannes Film Festival in 2013.

Matthias played the role of Eric Deeds in the movie The Drop. The film starred James Gandolfini, Noomi Rapace, and Tom Hardy.

Matthias Schoenaerts made an appearance in seven movies in 2015. One of such videos is Loft, an American remake of the Belgian film. It was his first movie in English. Other movies are Suite Francaise, Far from the Madding Crowd and so on. He played in the period drama named A Little Chaos. And, he played the role of William Clark in the miniseries namely Lewis and Clark by HBO. The executive producers of the series included Edward Norton, Tom Hanks along with Brad Pitt.

Schoenaerts appeared in a Belgian movie named Racer and the Jailbird in 2017. And he played the role of Gene in one of the Netflix movie Our Souls at Night.

The actor collaborated with Thomas Vinterberg for Kursk (2018). The movie tells the story of the 2000’s Kursk submarine disaster.

In 2018, Matthias Schoenaerts starred in Red Sparrow, a spy thriller as Uncle Vanya. Later, he played in Close Enemies, a Belgian-French movie.

As of 2019, Schoenaerts acted in A Hidden Life by Terrence Malick and The Mustang. Recently, he starred in The Old Guard by Gina Prince-Bythewood in 2020.

Matthias’s upcoming movies are The Sound of Philadelphia and The Laundromat.

He directed the documentary named Franky, which is about his childhood friend, Franky Van Hove who went on to become an MMA fighter later in his life.

Sources mention that Schoemaerts is the co-founder of Hakuna Casting, a Belgian agency for casting.

Sources mention that Matthias Schoenaerts dated Alexandra Schouteden for five years. The couple began dating in 2010, but they separated in 2015. There are rumours about Matthias and Pia Miller, but none of them has confirmed about their relationship.

We will update the information on his dating life as soon as we receive it.

The mask without the clown 🧠 by @filipvanroe

There is no second opinion in saying that Matthias Schoenaerts earns a fortune from his acting career. His estimated net worth is around USD seven million. The actor lives a luxurious life. The sources of his income include acting, brand endorsements and movie direction.