The Australian actor and filmmaker, Joel Edgerton is famous for his roles in renowned movies like Star Wars (2002 & 2005), Zero Dark Thirty (2012), The Great Gatsby (2013) and so on. Joel bagged the Award for Best Lead Actor In a Television Drama for the drama show The Secret Life of Us. He made an appearance in many Australian movies such as the 2008 film, The Square and 2010, Animal Kingdom.

As a filmmaker, Joel worked a psychological horror thriller called The Gift for which he was a nominee for Directors Guild of America Award for Outstanding Director- First Time Feature Film. He received immense praise for his role in a 2016 film, Loving as Richard Loving. For that movie, Edgerton got a nomination for Golden Globe Award for Best Actor. He worked on the script, direction and even acted in 2018, drama film, Boy Erased. A year later, his film, The King came in Netflix; he co-wrote it and has made an appearance in it.

The Cancer baby, Joel was born in New South Wales on June 23, 1974. His parents are Michael Edgerton, who is a solicitor as well as a property developer, and Marianne Edgerton. Marianne came from The Hague; she is a Dutch immigrant. His brother Nash Edgerton is a filmmaker as well as a stuntman. Joel attended The Hills Grammar School. Later, the actor graduated from the University of Western Sydney concentrating in Drama. He went to Sydney Theatre Company for different stage productions.

The forty-six years old, Edgerton worked in many movies over the years. Some of his famous films are King Arthur, Erskineville, Ned Kelly and Star Wars Episode II and III. The actor gave his voice for the animated shot movie called The Mysterious Geographic Explorations of Jasper Morello in 2015. Later in the same year, he starred in a British comedy-drama film, Kinky Boots. Edgerton was in a 2006 film, Smokin’Acres too.

Other movies include Whisper (2007), Separation City and Acolytes. In a crime feature, Animal Kingdom, he played the role of Barry Baz Brown. Joel received the AFI award for it.

Other notable movies are the 2013 remake of the famous feature film, The Great Gatsby.

Sources mention that Joel, alongside David Michod collaborated to write the adaptation of Henriad plays by Shakespeare.

Edgerton was in a biblical movie Exodus: Gods and Kings. Apart from acting, he worked on the writing, and direction of The Gift which released in 2015.

The famous actor was in the thriller movie, namely Red Sparrow besides Jennifer Lawrence. He worked in the film, The King.

He mentioned that his new movie The Unknown Man would come out when government lifts the restrictions of COVID-19.

Edgerton played the role of young Owen Lars in Star Wars prequel trilogy in 2002. Owen Lars is Luke Skywalker’s foster parent in Episode two, Attack of the Clones. The actor was twenty-six when he appeared on Star Wars. The work at Star Wars allowed him to get more exposure.

Joel appeared in a movie adaptation of F. Scott Fitzgerald book, The Great Gatsby as Tom Buchanan. The movie earned critical acclaim in film industry, and people loved Joel’s performance in that film. 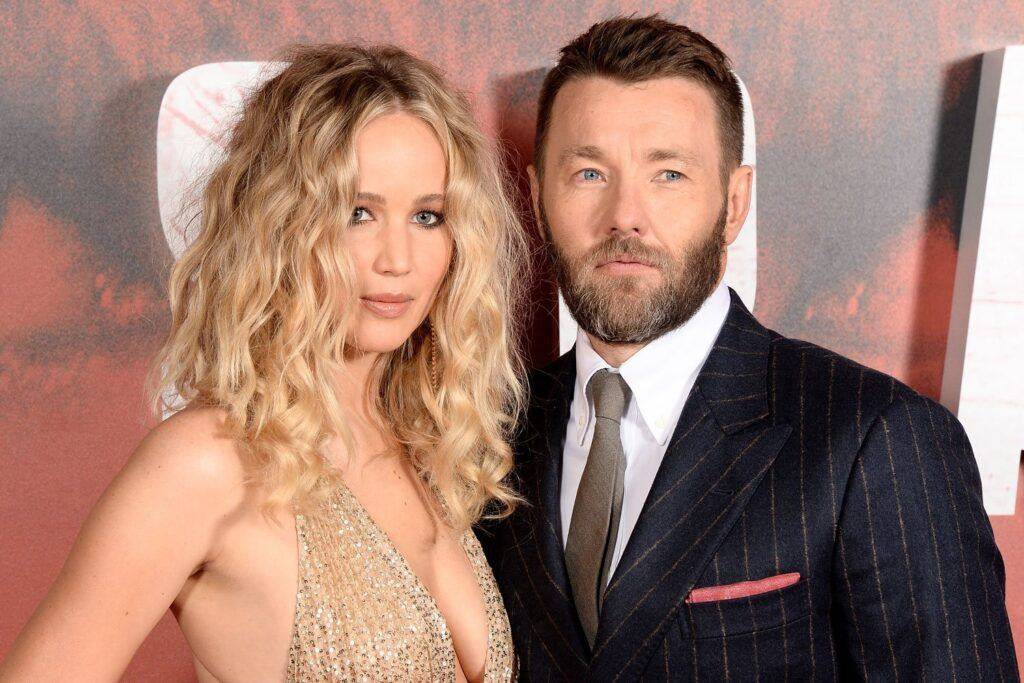 Joel tries to keep his dating life outside the media radar; however, we know that he has dated several women in his life. Cathy Freeman, Alexis Blake, Robin Mcleavy, Isabel Lucas, and Wanessa Milhohem are his past girlfriends. There was a rumour about him dating Jennifer Lawrence while working on the film, Red Sparrow.

Currently, he is dating Christine Centenera; she works as an editor in Vogue Magazine.

The estimated net worth of Edgerton is around USD 3 million. He earns from the film industry. Joel works as an actor as well as a filmmaker.

How much is Joel Edgerton worth?

Edgerton has a net worth of $3 million.

Are Taron and Joel Edgerton brothers?

No, Taron and Joel are not brothers.

Who is Joel Edgerton’s bother?

Who is Joel Edgerton’s wife?

How old is Joel Edgerton?

Where is Joel Edgerton from?

Joel is from Blacktown, Australia.

What high school did Joel Edgerton go to?

Joel Edgerton was not married to Cathy Freeman, but they were dating back in 2002.

What is Joel Edgerton famous for?

Joel Edgerton is famous for playing in movies like Stars Wars, Zero Dark Thirty and The Great Gatsby.

What movies has Joel Edgerton been in?