Jason Dolley is a famous actor and musician who gained popularity with his role in Disney shows and movies. Cory in the House, Read It and Weep, Good Luck Charlie, Hatching Pete and Minutemen are some famous shows. The American star aspired to be an actor since a very young age and appeared on a show when he was eleven.

Jason and his brother played the role of Abbott and Costello in Who’s on First at the talent show at school. The 29 years old actor began working in short films afterwards, and his work career flourished. Disney Channel productions took the young actor, and he made the best out of the chances he got.

Over the years, Dolley received acclaim for his brilliant performances; people loved his portrayal of PJ Duncan on the T.V. show Good Luck Charlie. 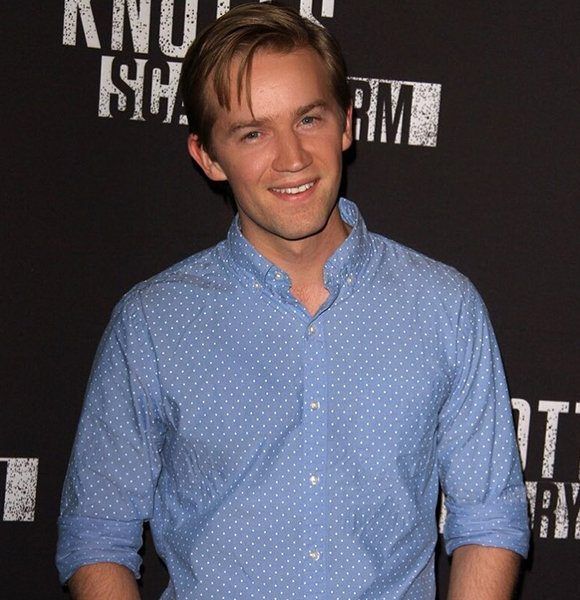 28 years old Jason was born in America on the date of July 5, 1991. His birth sign is cancer. The actor lives with his parents Larry Dolley and Michelle Dolley in Simi valley at California.

The actor is a family guy and has a pet Labrador Retriever as well. He often goes for camping trips with his parents and visits Disneyland.

The handsome actor, Jason, stands tall at 5 feet, 11 inches and weight 75 Kg. He has blonde hair and blue eyes. The body type of Dolley is athletic, and his hobbies include playing football, paintball and video games.

Some sources mention that Jason was dating the Bridgit Mendler and then dated a woman named Amy. While the relationship with actress Bridgit Mendler ended in seven months, things with Amy remain unconfirmed. He is now dating Mia Hulen. We can see him posting pictures of him with his girlfriend on Instagram with affectionate captions. Mia Hulen is School Spirit actress.

At the age of eleven, Jason played the routine Who’s on First at school talent show as the famous duo Abbott and Costello alongside his brother. The same year, he did his debut acting job. Lead role for the short movie Chasing Daylight came to Dolley. Then, director Mel Gibson cast him the ABC show Complete Savages as T.J Savage.

When they cancelled Complete Savages, Jason played the role of Marty Preston on the feature Saving Shiloh. And, he starred in a Disney film Read It and Weep as the character Connor Kennedy. In a movie The Air I breathe, he played as the younger self of the character Pleasure. Brendon Fraser played the adult version of Pleasure.

In a Duracell commercial Trusted Everywhere campaign called Amazon, Dolley made an appearance in 2006. He was in the Yellow Team on the second edition of the broadcast of Disney Channel Games of mid-2007.

Later between 2007 to 2008, Jason played on the Disney original show called Cory in the House. And, we could see him in Minuteman as the character Virgil Fox in 2008. Later, he was part of the Green Team for Disney Channel Games Third Edition.

Dolley had an appearance in Imagination Movers as the prince. In a Disney feature Hatching Pete, he played Pete Ivey in 2009. His second T.V. show at Disney was Good Luck Charlie; it is very famous for his role as P.J Duncan in the 2010 family sitcom.

Dolley, alongside his cast, worked in a Disney Original Feature film namely Good Luck Charlie; It’s Christmas. It aired in 2011. Jason is a voice actor too; in an animated movie Pixie Hollow Games, he voiced Rumble, one of the characters.

On a YouTube video, Jason with his Disney alum Christy Carlson Romano revealed that he would appear in the Disney Channel Original Movies alongside Brenda Song. They were in four DCOM features.

Jason is a musician too. He released songs like Stupid Cupid and Baby It’s You.

How Much is Jason Dolley Net Worth?

Given his long career at the entertainment industry of America, there is no second opinion in saying that Jason Dolley owns a big fortune to himself provided his contribution. While The Good Luck Charlie actor does not reveal his earnings on media, the estimated net worth is around USD 500 million.