Who is Pedro Pascal?

Born on 2 April 1975, José Pedro Balmaceda Pascal is a Chilean-American actor. He is known worldwide for his outstanding role as Oberyn Martell in the fourth season of the HBO series Game of Thrones. Moreover, he won the heart of millions of audiences after he portrayed the role of Javier Peña on the Netflix series Narcos (2015–2017). Pascal has also played the part of the main character on the Disney Star Wars series The Mandalorian. Besides television series, he has appeared in several films, including Kingsman: Triple Frontier (2019), The Golden Circle (2017), The Equalizer 2 (2018), The Great Wall (2016), Wonder Woman 1984 (2020), and We Can Be Heroes (2020).

Although his real name is José Pedro Balmaceda Pascal, he is better known by his stage name Pedro Pascal. Pedro was born in Santiago, Chile, on 2 April 1975 as the child of Verónica Pascal Ureta (mother) and José Balmaceda (father). Pedro’s mother was a child psychologist, and his father, José Balmaceda, is a fertility doctor. Pedro grew up with his older sister, Javiera, and two younger siblings, Nicolás and Lux Pascal.

Now talking about his professional life and career, Pascal started her acting career by appearing in the 1999 TV series Buffy the Vampire Slayer. He played a minor role that lasted one episode. His outstanding role as Oberyn Martell in Game of Thrones(2014) caught the attention of millions of audiences all around the world. Moreover, his role as Javier Peña in a popular Netflix series Narcos also gained him fame and wealth.

Similarly, he has played some minor roles in several Tv shows such as Downtown, Good vs Evil, Touched by an Angel, Law & Order: Criminal Intent, NYPD Blue, Without a Trace, Nurse Jackie, Law & Order, Brothers & Sisters, Charlie’s Angels, Burn Notice: The Fall of Sam Axe, Body of Proof, Wonder Woman, and many more. Not to mention, Pedro’s crying meme is famous all around the world.

Currently, Pascal resides in New York City and has been living there since 1993. His father was involved in a scandal at the Orange County fertility clinic, so he had to flee from there. As a result, his father, mother, and his youngest siblings have to return to Chile. Later on, his mother died, so in honour of her mother, Pascal started using Balmaceda’s surname.

Pedro is a handsome man who stands at 5 feet and 11 inches and weighs around 76 Kg.

Moreover, he gained millions of fans because of his adorable looks and attractive personality.

Pedro Pascal has established a successful career in the film industry by playing in numerous movies and TV shows. So, it is sure that he makes a good amount of money.

According to some reports, Pedro has amassed a net worth of around $30 million throughout his career.

Does Pedro Pascal have a child?

As of now, Pedro Pascal does not have a child.

How much money has Pedro Pascal made from the Mandalorian?

Pedro Pascal was one of the highest-paid stars, and in Mandalorian, he took $600,000 per episode.

How much is Pedro Pascal getting paid for the last of us?

According to the reports, Pedro Pascal was paid $6 million for the last of us.

Pedro has an estimated net worth of approximately $30 million.

What Ethnicity is Pedro Pascal?

The details regarding the ethnicity of Pedro Pascal is not available.

What is Pedro Pascal known for?

Pedro Pascal is popularly known for his role as Oberyn Martell in the fourth season of Game of Thrones.

Where does Pedro Pascal Live currently?

How tall in feet is Pedro Pascal?

Pedro Pascal has an estimated height of 5 feet and 11 inches.

Does Pedro Pascal have a gf?

Pedro Pascal does not have a gf.

What movies is Pedro pascal in?

Pedro Pascal has played roles in several famous movies, including Wonder Woman 1984, Triple Frontier, We Can Be Heroes, The Great Wall, Prospect, Wonder Woman, The Bubble, Earth vs the Spider, Sia: Fire Meet Gasoline, Bloodsucking Bastards, and several others.

Who was Pedro pascal in the game of thrones?

Pedro Pascal played the role of Oberyn Martell in the game of thrones.

How Pedro Pascal Got Game of Thrones?

Pedro Pascal was cast in Game of Thrones after persuading his friend Sarah Paulson to send his audition to Amanda Peet.

How long was Pedro Pascal on Game of Thrones?

Pedro Pascal was only seen in one season of Game of Thrones.

What is Pedro Pascal most famous for?

Pedro Pascal is popularly known for portraying roles in Game of Thrones.

Why did Pedro Pascal change his name?

Pedro Pascal changed his name in tribute to his agent.

Who is Pedro pascal in the Mandalorian?

Who is Pedro pascal’s wife?

As of now, Pedro Pascal is not married. 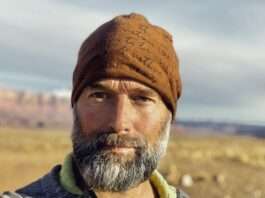 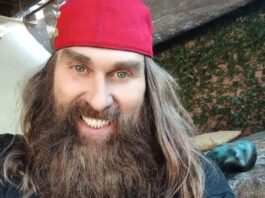