Both media and the public find some people interesting because of their relationship with a popular figure. One of such individuals is Joseph Mark Gallegos. He came under the limelight because of his wife, Darby Stanchfield.

Darby has been starring in the famous political drama show named Scandal. She is busy working for Locke & Key as well. Other popular projects Darby was in include Jericho and Mad Men. For a long time, she kept the identity of her husband secret, but the truth came out eventually. To find more about her spouse, continue reading.

Joseph grew up in America. His roots go back to a White descent. His wife, Darby, is from Alaska. Not much is available in Gallegos’s life because he likes to keep his life out of the camera lenses. Sources mention that he was born in 1965 in America. The businessman resides in Los Angeles at present.

Joseph never appeared in the media, and he does not share details about his family or childhood. There is no doubt in saying that he is well-educated- he has a successful career and the marketing business. Gallegos has brown eyes and black hair. Grey hair is slowly getting visible on this head.

According to an article by Dailymail from 2015, Darby and Joseph have been together for more than ten years now. They had a home in Los Angeles and lived there for four years too.

Darby hardly reveals anything about her husband. People call Gallegos the “secret husband” because of this. The actress does not even share pictures of her husband on Instagram. Joseph likes to stay unknown to the world.

Joseph and Darby live extraordinary life in America. And, they like to keep their relationship out of any speculation or anything. It must be because Darby appreciates little things and not wanting extravagant things in life.

In an interview with Shape magazine, Darby said:

“I think for me, at the beginning of the day and the end of the day, taking a moment to be grateful for all the good in my life. And it can be tiny things, like something growing in my garden or how nice a neighbour was.”

Joseph owns a marketing company named 101 North in America. He used to be an executive at Trailer Park before. That company is among the world’s biggest content marketing and entertainment companies. It comes under the Top 100 of Ad Age.

According to his LinkedIn account, Gallegos created many digital campaigns for different channels and in other languages. He worked for different consumer brands as well as entertainment properties. Some projects were for Interstellar, Dawn of the Planet of the Apes, Guardians of the Galaxy, Frozen and 21 Jump Street.

The estimated net worth of Joseph comes around $ 1.5 million.

Who is Darby Stanchfield married to? 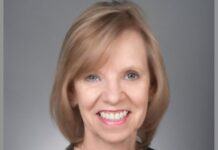