Who is YouTuber Jenna Marbles?

Jenna Marbles is a famous YouTuber, comedian, actress and vlogger. Her Youtube channel has more than 3.3 billion views and around twenty million subscribers. The eights most popular YouTube channel run by a woman belongs to her; hers is the eighty-sixth most subscribed.

At the Madame Tussauds Museum, Jenna’s wax figure stands for display. It is commendable how her content speaks to so many people and how loved she is.

The Virgo baby, Marbles was born in Rochester, New York; she grew up there. The thirty-four years old, American YouTuber belongs to White ethnicity. Jenna, along with her brother, grew up in Lake Ontario city. Her father works as a chemist. And Jenna’s mother’s name is Deborah Mourey. Marbles is a vegan since 2015.

In the year 2004, she completed her graduation from Brighton High School. After moving to Boston, Marbles went to Suffolk University and studied Bachelor of Science in Psychology. After graduating, she enrolled in Boston University to do Master of Education specializing in sport psychology, Counselling. Jenna earned money through odd jobs during college; she worked as a bartender, go-go dancing at clubs, and she worked at a tanning salon too.

In 2010, Jenna was living in a three-bedroom apartment and paying the rent with odd jobs. She did bartending, blogging, dancing and was in a tanning salon. In that same year, Marbles worked with Barstool Sports and wrote for StoolLaLa, their female-oriented site. In 2011, she left that publication.

On every Wednesday/ Thursday, Mourey puts a video on YouTube. She achieved more than 5.3 million views on her YouTube video “How To Avoid Talking To People You Don’t Want To Talk To” on the first week itself. There was a feature on ABC News and The New York Times about that video in 2011. There are some personal statements in the video. There were over 36 million views on that video in 2018.

Marbles showed appearance on the Epic Rap Battles of History, season two, episode thirteen as Eve for Adam Vs Eve. She starred as a banana in the event “Fake n’ Bacon for The Annoying Orange. Again, she played the role of Miley Cyrus in Youtube Rewind’s Wrecking Ball- inspired segment in 2013. In January 2014, she was in season four of Ridiculousness as well.

Jenna starred as herself in Smosh: The Movie. She has a wax figure of herself at Madame Tussauds New York; she unveiled it herself in 2015. The great thing is that she is the first YouTube star to have that.

On June 25, 2020, Jenna posted a YouTube video announcing about her indefinite hiatus from YouTube. The YouTuber apologized for the offensive content she put. She pointed out at her misogynistic comments and addressed the racist jokes she made in her past videos.

The 34 years old, celebrity YouTuber had over 20 million subscribers; she said she could not keep her main channel even if she privatized several offensive videos. Mourey who often imitated celebrities and uploaded videos received a backlash for her dark spray tan while imitating the rapper Nicki Minaj in a 2011 video. People called her out on her accent too. In one of her videos, she also made demeaning comments about an Asian guy ,and made a condescending impersonation video.

Mourey addressed other videos concerning her gender, too that was slut-shaming. She mentioned that she did not want the kind of content that harms or is hurtful to anyone in the world.

Later on June 26, 2020, her boyfriend Julien Solomita tweeted that he was going on a hiatus too. He did not mention the period of his break. The couple’s joint podcast along with Twitch streams are on an indefinite hiatus also. 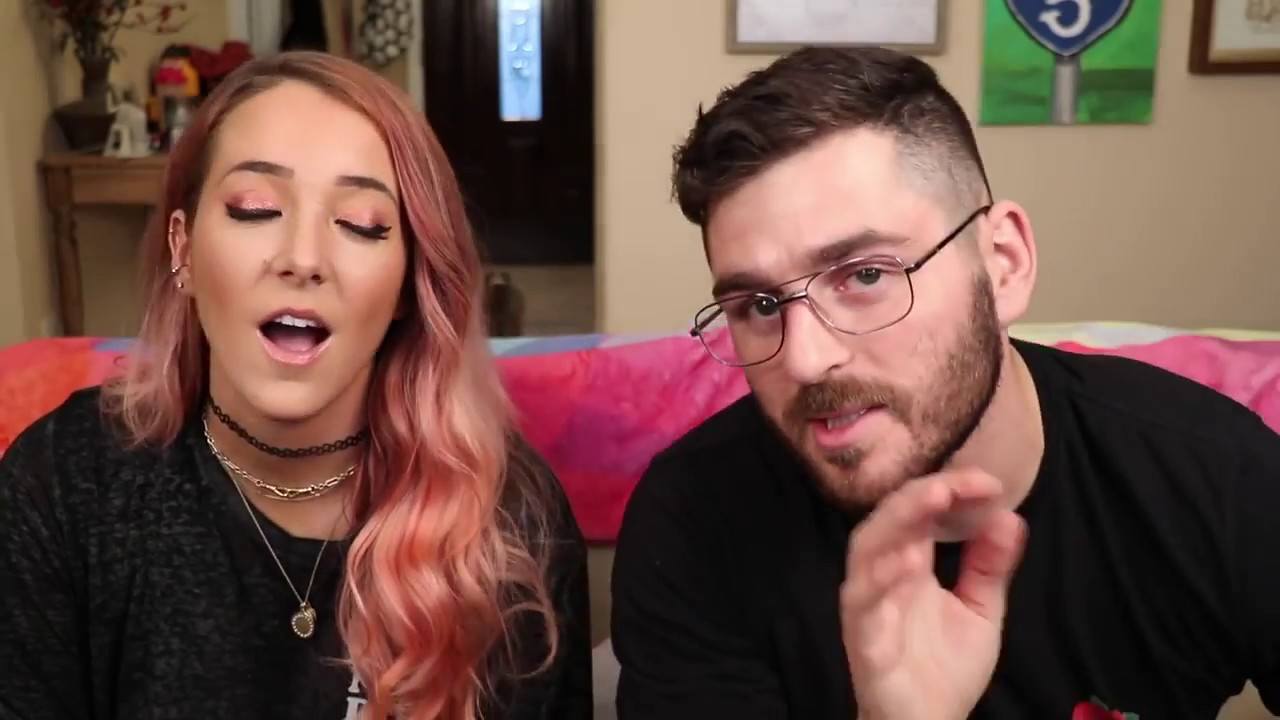 Jenna runs a weekly podcast with Julien Solomita, her boyfriend. The topics they cover include tales of childhood, growing up, conspiracies and other YouTubers. They invite guests too; they brought Shane Dawson once.

In 2020, Marbles apologized about mean comments and blackface from past in a new YouTube video. She mentioned that she would take a hiatus from her channel; it would be indefinite.

Apart from her YouTube career, Jenna launched a dog toys brand named Kermie Worm and Mr Marbles. The aesthetic of the dog is that of her dogs. She has released merchandise with memorable lines on them, for example, “What are this”.

Jenna is a host at the weekly pop countdown at SiriusXM Hits 1, “YouTube 15”.

She is the executive producer for the movie Maximum Ride by James Patterson.

Jenna’s dating history is exciting. She dated her ex-boyfriend Willy from High School. After dating for around four years, they separated.

In the year 2008, she began dating a fellow YouTuber, namely Max Weisz. They appeared on each other’s social media accounts often and even on the YouTube channel.

Later, they broke up because Weisz was cheating on Jenna. She revealed about her relationship with a tweet in April.

At present, Marbles is involved with a social media personality and gamer, Julien Solomita. They began their relationship in 2013. In 2016, they got in a car accident and luckily, survived any harm.

Jenna owns three dogs, including a Chihuahua and two Italian Greyhounds. The male Chihuahua is her first dog.

How Much Jenna Marbles’ Net Worth?

The estimated net worth of Jenna as of 2020 is USD 8 million. Sources mention that she earns around USD 4 million each year with her YouTube channel. Jenna has other business ventures too, including that of dog toys. She is an executive producer for an upcoming movie Maximum Ride, and she acts also.

Some Facts About Jenna Marbles