Who is Jason Genao?

The American actor Jason Genao made his breakthrough with the Netflix show On My Block. He starred as Ruby Martinez in this series. The actor had a keen interest in acting ever since he was a kid. He played the role of Napoleon in The Get Down, a Netflix original series. The young star who is from New Jersey grew up in an American-Dominican family. After graduating from William L. Dickinson High School, he began pursuing his career in acting in Hollywood. The 24-year-old actor mentions that the French Classic “La Vie En Rose” (1947) is an inspiration for his attempt at an acting career. The smart and talented, Jason is involved in different acting projects. Fans know him for his role in Logan (2017) as Rictor. 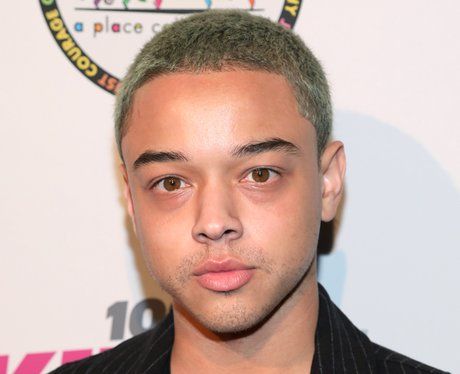 Jason Genao is 24 years old. The cancer baby Jason was born on July 3, 1996. The Netflix series actor is from New Jersey and has Dominican descent. Danny and David Genao are his siblings. The artist went to a New Jersey-based High school and completed his graduation from William L. Dickinson High School later.

From his days in school itself, Genao partook in different plays for his love of acting.

He mentions that he would be a medical professional or a chef if it were not acting. From an early age, the American actor watched movies and memorized the lines of the film. Sources say he realized his passion for acting when he was just nine years old. Also, The Texas Chainsaw Massacre had an impact n his while growing up, and he loves the Black Panther movies.

What is Jason Genao Height in Feet?

Jason Genao stands at 5 feet, 2 inches and has a slim body. Beautiful brown eyes and hair bring out his character.

While not much information is available about his family, he credits his brother and father for their inspiration and love to help him get into acting. His father worked hard so he could receive professional coaching in school for acting.

Jason achieved great popularity with his amazing acting in the popular Netflix series On My Block. He played the role of the character Ruby Martinez who is a math genius in the show. One of the productions where the artist showed his magic include Logan (2017). He played the role of Rictor in this critically acclaimed superhero drama flick. And he acted in Law & Order: Special Victims Unit and in a comedy-drama named God Befriended Me for one episode. He was Isaac in that show.

Genao mentions that he would repeat dialogues whenever he watched any movie since his childhood. He was passionate about film. The actor would not complete any film without uttering the lines.

At present, he is working on a movie; it is getting filmed in Columbia. We do not know the release date of the movie.

The Netflix Original Series On My Block got the first rank among sixty-five other series in 2018 by business insiders. Genao’s net worth is around $ 500,000. He earns from his acting career. The talented actor gained a considerable fan following with his role as Rudy in On My Block. There is no doubt in saying that the actor will earn a fortune in his acting career. It appears very promising. He has a massive following on social media sites.