Who is Amin Joseph?

Amin Joseph is a well-known American actor and producer. He is known for appearing in

the movie “Baywatch” alongside many famous Hollywood actors, including Dwayne Jhonson, Zac Efron, and Priyanka Chopra. Joseph is known for his Jerome Saint on the crime and thriller television drama series “Snowfall”.

Joseph’s height is 6 feet, naturally black hair, and his eyes are black. His other physical attributes are unknown apart from his hair, eye and face.

The whereabouts of Joseph’s early education are not known. Joseph graduated from Howard University. Joseph also interned at the world-famous “Apollo Theater” as a trainee during his adult years in Harlem, New York City, which is where he grew up. Joseph has provided scene study classes for African American Classic Playwrights and volunteered for these classes in different Los Angeles schools and colleges.

Joseph is married to Felicia Joseph. Joseph’s wife, Felicia, started her career after finishing her studies. Felicia desired to obtain a more secure job and improve her financials, although she was more passionate about production. So, Felicia started to do internships at several companies like MGM.

Amin Joseph and his wife Felicia Davis married on December 31, 2017. The happy couple dated for years before tying the knots with each other. However, the place where the marriage even occurred is not known. Considering the couple had always been secretive to themselves, they should not make a big deal out of their wedding. Joseph and his wife Felicia were already expecting a baby before their marriage. So on May 1, the couple had their first child, a baby girl, Azana Khali Joseph. The couple currently resides in Los Angeles.

Joseph made his acting career through the 2004 action-drama “Rage and Discipline”. After his big-screen appearance in the action-comedy film “Baywatch”, he made his career through the crime-thriller drama “Snowfall” produced by Jhon Singleton. In this drama, Joseph plays the role of Jerome Saint, Franklin’s uncle, who introduced him to The Family. Joseph has also featured in various major movies such as “city of lies”, “The Expendables”, “G.I. Joe: Retaliation”, “The Gambler”, “The Mist”, and so on. He also played in “Zane’s Sex Chronicles”, a Cinemax series which were written by the best-selling author of the New York Times, Kristina Laferne Roberts(Zane)

Joseph also owns a production company, Dark Energy Pictures, which focuses on the Action, Horror, and Sci-Fi genres, covering Digital, Television, and Feature Films. The production company has won several awards, such as British Arrows and Gold and Bronze Campaign Brand Film awards. As of 2022, Joseph has more than 50 movies and Television Credits in his name.

Joseph has appeared in various movies and television series and established himself a good fortune. Joseph’s Net worth is estimated to be $16 million as of 2022. 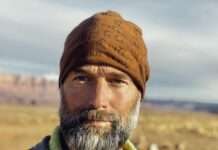 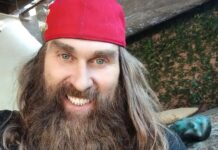