Demet Özdemir is a Turkish actress. Demet is famous as Aylin in the fantasy series Sana Bir Sir Verecegim. Demet is loved for her performance in her series called Erkenci Kuş.

She was cast for a lead role as SanemAydın. The series lasted from 2018 to 2019. Not only this series, but she has worked in many others, which tell us why she has this massive following.

Demet Özdemir was born on 26 February 1992, in İzmit, Turkey. She shifted to Istanbul after a couple of years from İzmit. When she was seven years old, her parents got divorced. Being the most senior of her other two siblings Demet Özdemiris very responsible for her family.

She is 29 years old as of 2021. Lately, the actress has achieved a lot of appreciation and has gained a certain height in her profession.

Demet is 5 feet 6 inches tall. She has the look of a girl next because of which she is adored a lot.

Demet Özdemir had a fast shift in her relationship in the last couple of years. She was in a romantic relationship with Yusuf Çim who is an Turkish actor in 2015. He is Demet’s first boyfriend that is recorded on the internet. However, this couple hasn’t made any onscreen appearance together.

Likewise, in 2018, she started dating Seçkin Özdemir. Seçkin Özdemir is also a Turkish actor and happens to be her boyfriend after her relationship with Yusuf Çim was called off. Though the couple looked pretty happy and lovely together, they parted their ways later. Seçkin Özdemir was 10 years older than Demet Özdemir. However, the age gap wasn’t the factor in their break up.

Demet Özdemir was then rumoured to be in a relationship with her co-actor of Day Dreamer Can Yaman. There were a lot of speculations on Can Yaman being her new boyfriend. However, even if the allegations might not be true, they indeed had some chemistry between them as seen in the series. There are a lot of fans who love the series just because their chemistry was on fire.

As of 2021 June, Demet Özdemir is seen in a happy relationship with Oğuzhan Koç. We can happily say that Demet Özdemir’s 2021 boyfriend is Oğuzhan Koç. The couple made it official through their respective Instagram handles. Recently they were seen enjoying their holidays together.

Demet Özdemir and Oğuzhan Koç along with their friends Aslı Bekiroğlu and Çağrı Telkıvıran, who are themselves a couple were seen on Fethiye, Muğla. Their vacation photos were all over the internet.

Demet Özdemir started her acting career in 2013 when she joined the crew of Sana Bir Sır Vereceğim as Aylin Gündoğdu. Before she was cast in the television show, she also had done a commercial for Pegasus Hava Yolları in 2012.

After her first television show, everything skyrocketed. In 2014 right after Sana Bir Sır Vereceğim completed she was cast as a supporting artist for the show Kurt Seyitve Şura. In 2015 she was concurrently doing a television show along with a film. The television show she worked for was Çilek Kokusu, and the film was Tut Sözünü.

In both of her works, she was cast for the leading role. In 2016 she was a part of a comedy show, namely Room Number: 309. After this show, she gained a large number of fan followings too.

In 2017 itself, she became the brand ambassador of “Garnier”. In the same year, she was in the cinema hall for the movie Sen Kiminle Dans Ediyorsun in a leading role.

One of her most successful shows, Erkenci Kuş, was released in 2018, and it continued for a year. In the show, she played the role of Sanem Aydın. Hopefully, in 2021, the show is going to bring a new season too.

In 2021 we saw her in a movie called Aşk Tak tikleri, playing the leading role of Aslı. In this movie, she was cast for the television show Doğduğun EvKaderindir; though the show started in 2018, it was aired till 2021.

In 2019 Demet Özdemir was picked as the brand ambassador of hair care brand Pantene.

Demet Özdemir is in the showbiz business from 2012. She knows how this part of the world works properly. To date, she has not faced any backlash from any director, producer or co-actors in her journey. Winning the heart of her audience, she has managed to build her net worth to approximately $4 million.

No, Demet is unmarried currently.

Where is Demet Özdemir from?

How old is Demet Özdemir?

Who is Demet Özdemir dating now?

Who is Demet Özdemir sister? 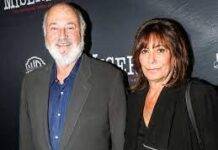 0
Who is China Anne McClain? China Anne is an American actress and a singer who works in the Hollywood...
© Copyright 2022 - Web of Bio . All Rights Reserved.