Demi was a part of American Idol Season eighteen; she auditioned at Sunriver by singing Mad at You by Noah Cyrus. All the three judges loved her performance, and she went on to the next round. Demi reached the Top 40 Hawaii Round. She gained popularity because of her powerful performances.

People know her for talking about her self-image issues and her rough childhood too. Over the years, Rae amassed many fans and followers as she is active in the music field.

Demi is twenty-six years old now. She comes from San Jose in California. On the ABC show, American Idol Demi mentioned about her sad past. Her father worked as a dance instructor, but he landed in jail often. The young Demi made a lot of trips to prison.

Luckily, things are different at present, and he is clean. Demi loved singing from a young age itself. She received the award for winning the San Jose Idol Competition in 2008.

Information about her education and schooling is unavailable. Demi has a height of five feet, six inches. Her body measurements are 34-25-36. Sources mention that she weighs around sixty-two kilograms. Rae’s distinctive features are her shiny, black hair and dark brown eyes.

Demi gained massive popularity after she joined the ABC show, American Idol. Given her love for music from a young age, she wanted to come on the show since she was nine years old. Rae won the San Jose Idol competition in 2008. A cash prize and opportunity to get vocal lessons is what she received with the title.

At present, Demi teaches at the Kiddie Academy of Morgan Hill. Most people know Demi from her appearance on the season eighteen of ABC’s American Idol.

She performed Noah Cyrus’s Mad at You and won many people’s hearts, including the three judges. Demi was able to make it to the Genre Challenge round too. She performed in the Pop Category there.

Demi mentioned that she never performed in front of people on stage because of her self-image issues. The judges encouraged her to embrace herself and move forward because she has great potential. Demi made it to the top 40. She was singing Noah Cyrus’s Lonely in the Hawaii Round but could not go any further.

Demi is on Instagram now. She has over ten thousand followers. The young singer posts songs on Instagram and promotes her work through the platform. Demi is a recording artist as of now. We’d Be Perfect, and Just Friends are her original songs.

She works as a judge for the megastar singing competition too. Rae is busy singing on OnlyFans again, and she offers personal singing sessions also.

Demi is dating a man named Tyler. Tyler comes from California. The couple has been dating for three years now. They both enjoy roller skating.

Demi Rae is actively focusing on her career. Whether it comes to singing live or judging shows, Rae has been working on music religiously.

There is no doubt that she earns a fortune. We do not have the data on her earnings and net worth. It will be on the website as soon as we receive it. 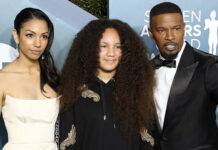